“America’s Got Talent” isn’t just a place where contestants can show off their unique skills. It’s also where they can share a powerful message with the world.

On Tuesday night’s Episode, the Mayyas, a Women’s dance group from Lebanon, did just that, speaking about the struggles they face in their country as female Dancers before delivering a Golden Buzzer-winning audition.

“Lebanon is a very beautiful country, but we live a daily struggle,” one of the Dancers told the Judges before their audition. Another added: “Unfortunately being a dancer as a female Arab is not fully supported yet.”

The group’s choreographer said the Mayyas were inspired to try out for “AGT” by Nightbirde, who earned the Golden Buzzer from Judge Simon Cowell last year. Nightbirde later had to withdraw from the competition due to her cancer and died in February.

“You can’t wait until life isn’t hard anymore before you decide to be happy,” Nightbirde said after her powerful audition.

One of the Dancers for the Mayyas became emotional while explaining what the opportunity to be on “AGT” means to the group.

“Us being here, standing on the biggest stage in the world is our only chance to prove to the world what Arab women can do, the art we can create, the fights we fight,” she said.

The group went on to deliver a hypnotic, dreamy performance, moving their arms and dancing with long feathers in perfect synchronicity. Judges Cowell, Heidi Klum, Howie Mandel and Sofía Vergara were stunned.

“There are no words to explain to you what we were feeling over here,” said Vergara. “It was the most beautiful, creative dancing I’ve ever seen.”

Cowell said the group “will make a difference, full stop, in so many positive ways.”

“It was arguably the best dance act we’re likely to have ever seen,” he added.

Vergara said she wanted to Empower the Dancers more than by just giving them a “yes.”

“I would be so honored to Empower you even more in this journey, because you deserve it,” the former “Modern Family” star said, before hitting the Golden Buzzer and showering the Mayyas in gold confetti.

“This is a life-changing experience for us,” one of the Dancers told host Terry Crews afterward.

The Mayyas aren’t new to Golden Buzzer-winning auditions. In 2019, they earned the Golden Buzzer for “Arabs Got Talent” and went on to win the season. Later that year, they also competed on “Britain’s Got Talent: The Champions,” where Cowell was also a judge.

How far will they go on “AGT”? We’ll have to wait for the live shows to find out.

Another emotional audition came from 20-year-old Kieran Rhodes, who got he used to playing baseball before discovering his passion for music. He went on to teach himself singing and piano and now Attends the prestigious Berklee College of Music in Boston.

Rhodes began by singing Billy Joel’s “She’s Got a Way,” before the harsh Cowell cut him off and asked if he had any original songs. Rhodes went on to sing “Disengage,” which he wrote to help him overcome his depression.

The song had multiple audience members in Tears.

“I could hear you play and sing for hours,” Vergara said. “You have it all.”

Mandel praised the student on not succumbing to his nerves, while Klum complimented the “melancholy” in his voice.

“You’re a great singer,” he said. “I really liked your original song, and I really do hope this audition can change your life.” Rhodes earned a “yes” from all four Judges.

Another successful singer was Kristen Cruz, who gained a following on TikTok where she uploads photos of herself singing while making matcha, coffee and protein shakes in her kitchen.

She belted out the rock number “I See Red” by Split Enz, to a standing ovation from the Judges.

“Is that really you singing?” Cowell marveled.

Vergara said the performance was “Unexpected” and “sexy.”

“I want your voice,” said Klum “I love everything about you. You are a star already in the making. You just have a real gift. ”

Cruz earned a yes from all four Judges.

But the pole dancing contestant swiftly proved the judge wrong, giving a Magical performance using an animated backdrop to help tell a story.

“You have such an amazing vision, and you really brought pole dancing to a whole new level,” Klum said. 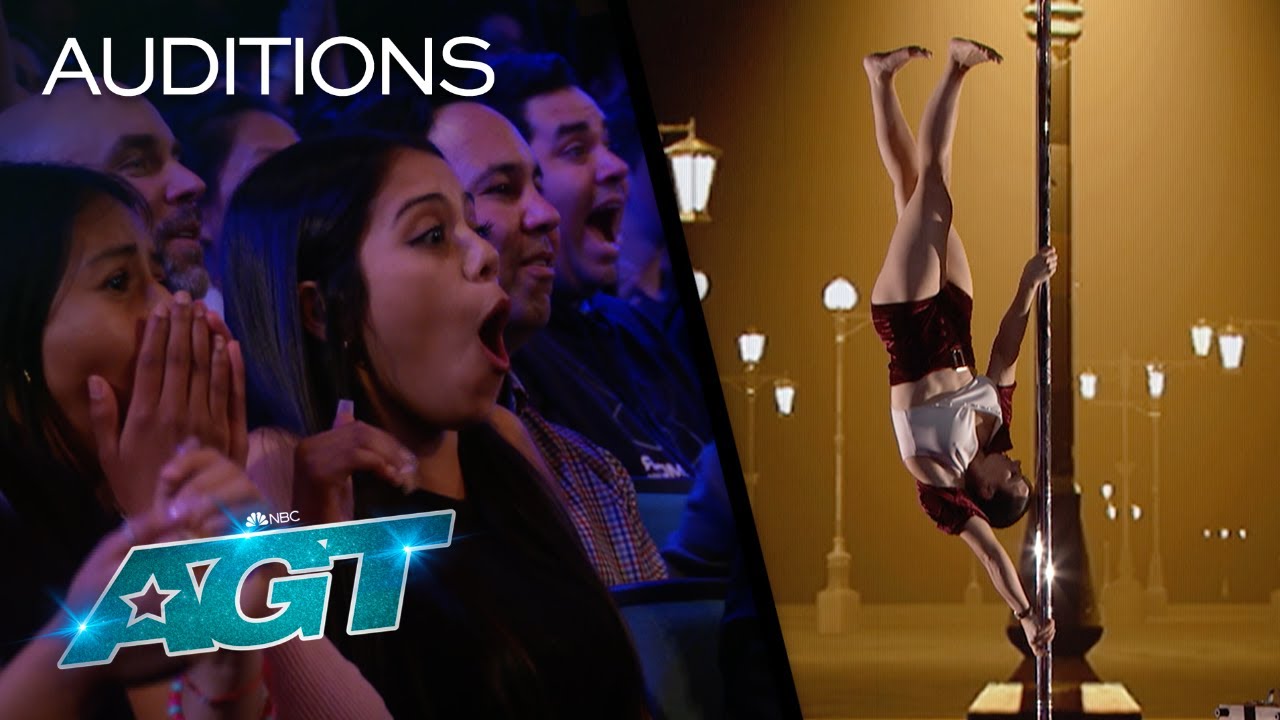 And Cowell ate his previous words.

“You never know how these ideas are going to work on stage, but this in the room was just phenomenal,” they said Sellars earned an unanimous “yes” from the Judges.