Stocks managed to rally yesterday during a strange trading session, with the finishing higher by 95 bps to close at 3,795. At this point, the movement we have seen in the market appears to resemble what we saw following the May options expiration, with a lot of churning. There is a slight upward bias right now to the pattern, but ultimately I just don’t see much going on here, and until the S&P 500 breaks 3,815, there is nothing to get excited about. 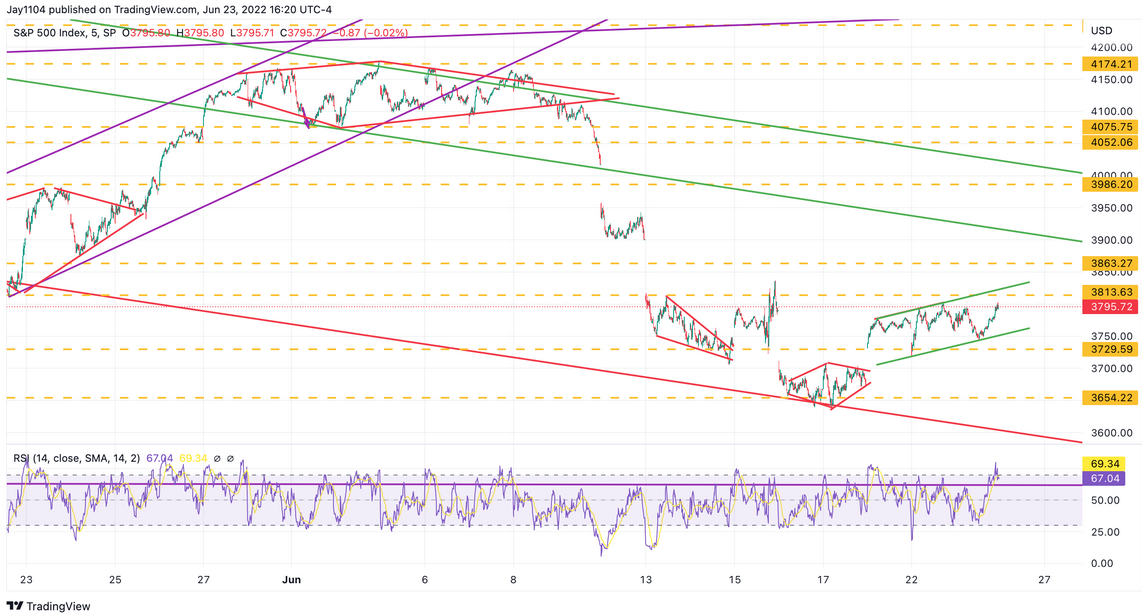 The is slightly different in that it has challenged $ 285 several times and has been able to break through. There also appears to be a rising wedge pattern that is present, which is bearish. 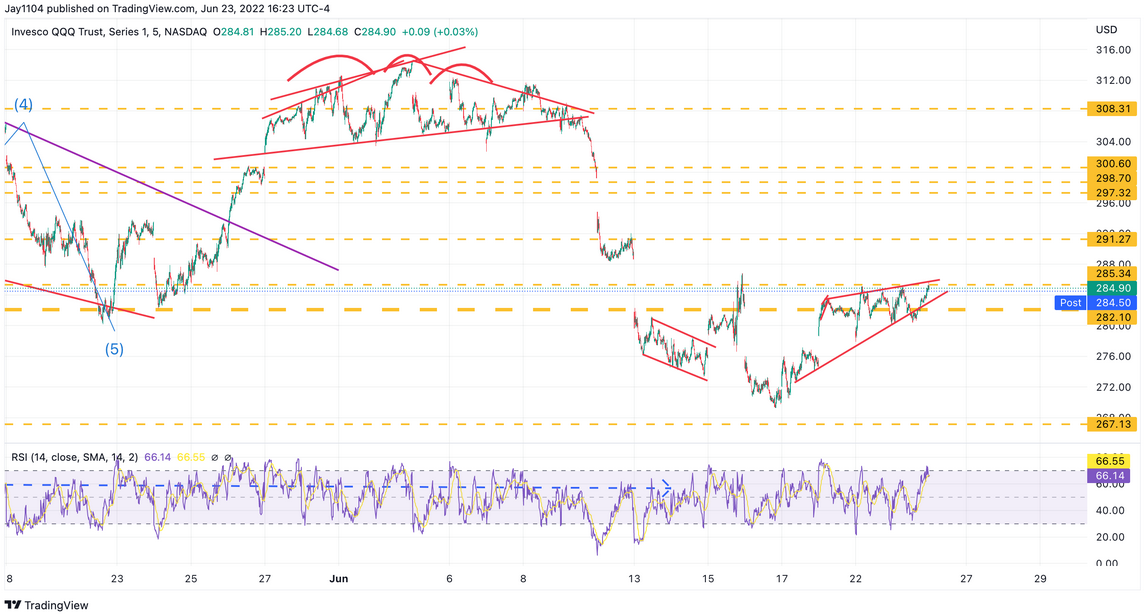 I stumbled on to the rising wedge in the QQQ, but I found it very quickly in the ETF. The TIP ETF looks more like a bear pennant than a rising wedge. It is much easier to see and much more pronounced. If that is the correct pattern, then the TIP ETF is getting ready for another significant lower move, which means that real yields are due to rise. If the TIP ETF drops, then it likely means the QQQ ETF will follow it lower. 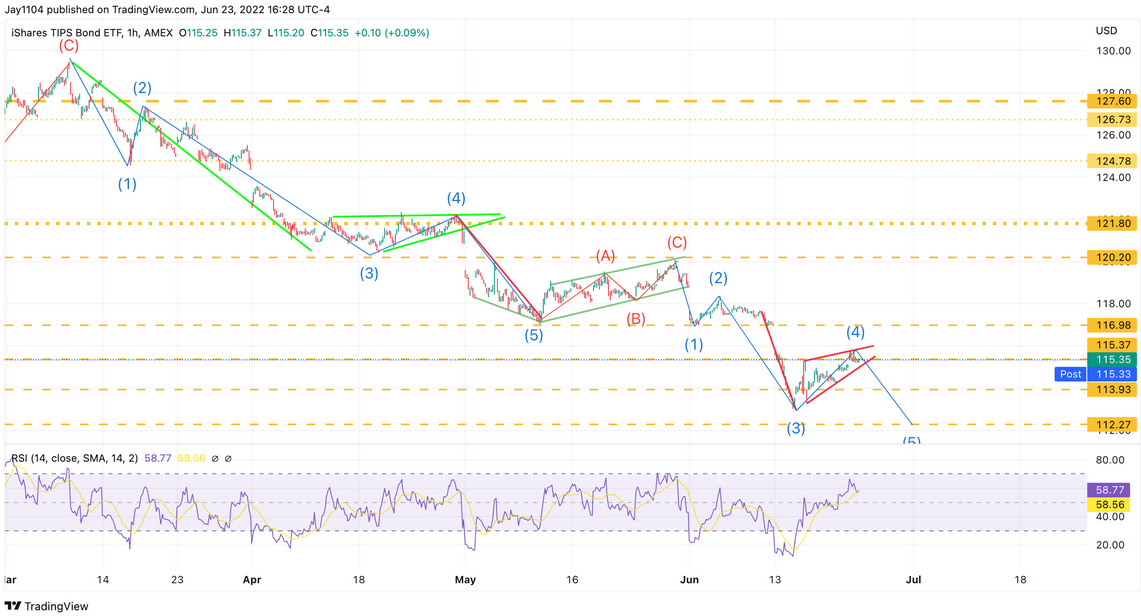 was hit hard again yesterday, dropping by 5% and falling to roughly $ 3.75. It looks oversold at this point, but based on this drop in copper, parts of the market are starting to buy into this recession story. 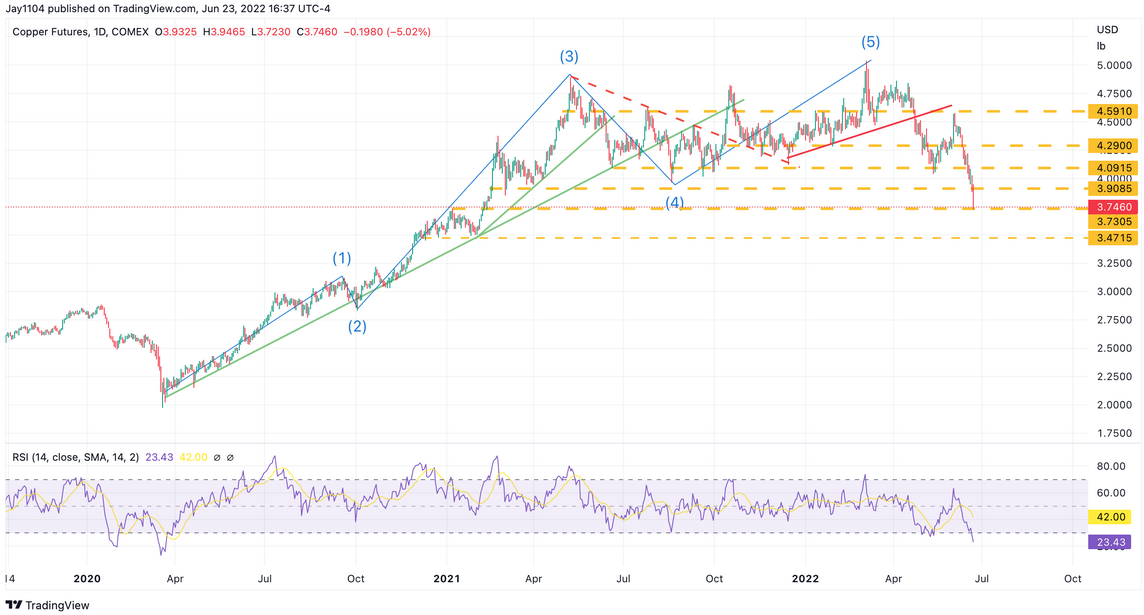 Falling and copper should help lower breakeven inflation expectations, implying that real rates will rise. That would match the idea of ​​the TIP ETF dropping.

Roblox (NYSE 🙂 finally broke the downtrend and is below resistance at $ 34.50. The RSI also broke out to the upside, suggesting increasing bullish momentum. If the stock can clear $ 34.50, a run to $ 45 doesn’t seem impossible. 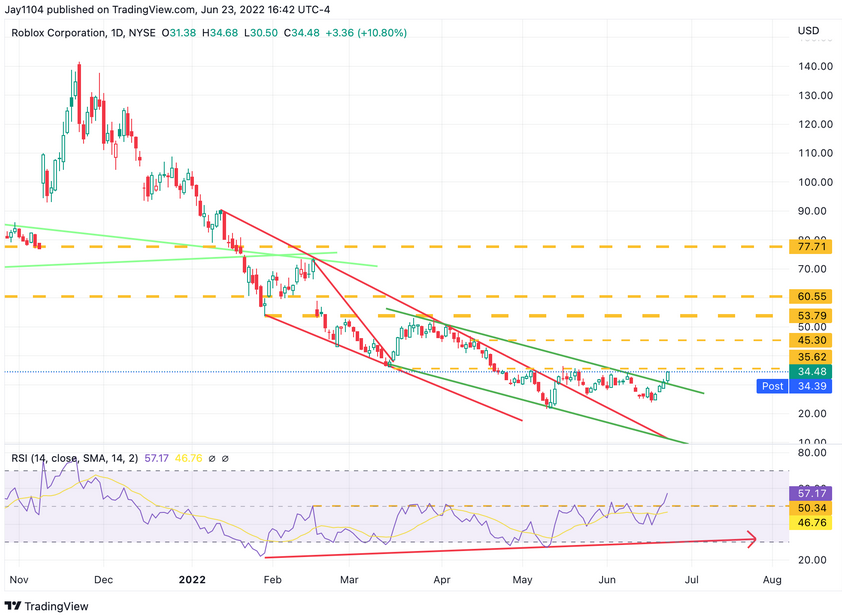 PayPal (NASDAQ 🙂 appears similar to Roblox but seems much earlier in the pattern. But the RSI appears to be turning to a more favorable position suggesting higher prices. 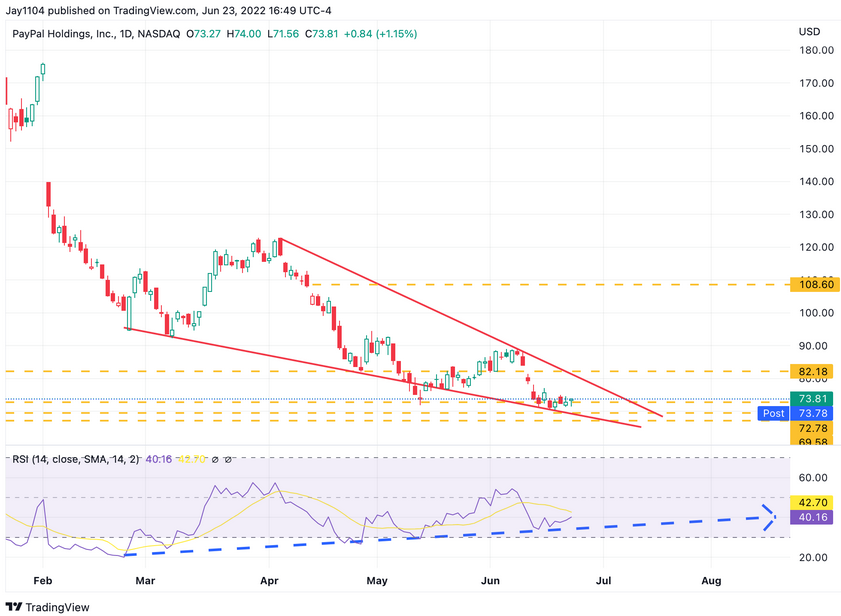