Wholesale Costco (COST 2.28%) is scheduled to report fiscal 2022 third-quarter results after the markets close on May 26. Since the onset of the pandemic, the warehouse retailer has thrived and not looked back.

Costco reports sales figures monthly, so the quarterly sales results will not be much of a surprise. Instead, many of its investors will be looking for management’s discussion about the next membership price increase. The company typically raises prices every five years, and that time is coming due.

Costco is due for a membership fee increase

Indeed, the last time Costco raised membership fees was in June 2017. It increased prices on standard members by $ 5 and $ 10 for executive members. Now, the former pays $ 60 annually. That latter pays $ 120 and gets 2% cash back on all purchases made at Costco. In its most recent quarter, which ended on Feb. 13, the company reported $ 51.9 billion in total revenue. Of that sum, $ 967 million was from membership fees.

The distinction is vital because membership fees deliver higher operating income for Costco. Consider that its merchandise costs were $ 45.5 billion in its quarter completed in February. The high costs of sold goods highlight a thin profit margin. The company makes up for this slim margin by charging the membership fees, which all flow to the bottom line. Costco generated $ 1.8 billion in operating income in its most recent quarter, and it would not be surprising if half of that came from membership fees. 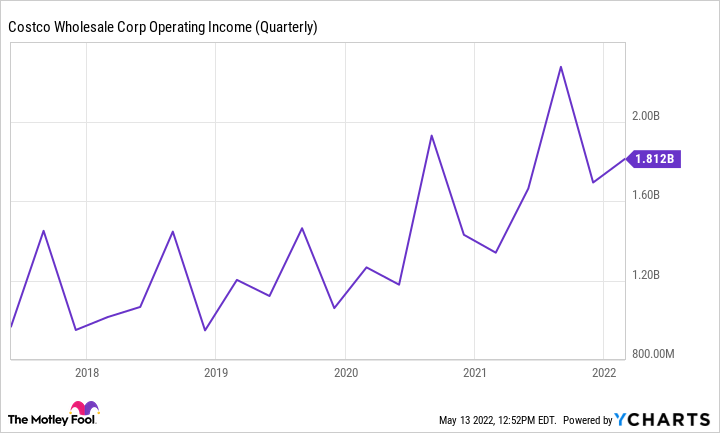 For that reason, investors in Costco are eager to hear more about its next membership fee increase. Will it be $ 5 and $ 10 again? Will it eliminate the lower tier? Could it be $ 10 and $ 20? Any of these decisions would have significant implications on the business. Let’s evaluate.

As of Feb. 13, Costco had 35 million standard members and 27 million executives. If it were to raise prices by $ 5 and $ 10, and 90% of those folks renewed, it would add $ 111 million in estimated revenue and operating income quarterly. If the increase is $ 10 and $ 20 instead, with the same 90% renewal, it would add $ 222 million in revenue and operating income quarterly.

While the potential membership fee increase may be top of mind, investors will also look for continued sales growth at Costco. In its most recent quarter, net sales increased by 16% from the same quarter last year as the momentum gained from the pandemic persists.

What this could mean for Costco investors

Analysts on Wall Street expect Costco to report revenue of $ 51.09 billion and earnings per share of $ 3.03. If the company meets those earnings estimates, it will be an increase of about 10% from the same period the year before. 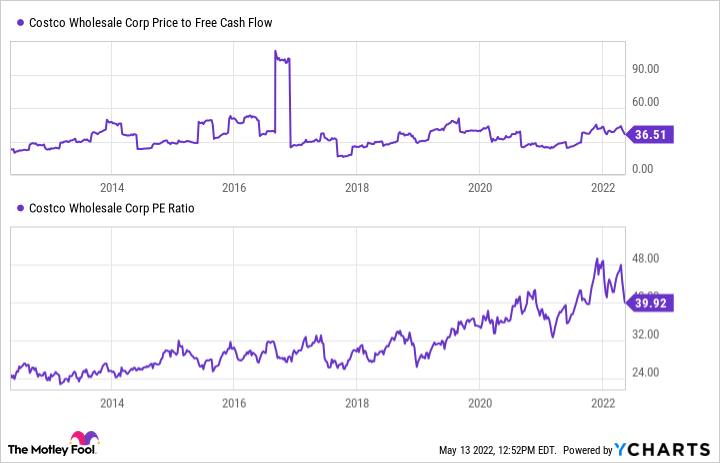 Costco’s stock was making record highs before pulling back in recent weeks. Still, even after the drop, it is expensive when compared with its historical price-to-earnings and price-to-free-cash-flow ratios.